It’s been a while, but I had to repost something. I’ve never reposted something I’ve written elsewhere, especially not on my Facebook profile. Well, today is a first then, because I feel strongly enough about this.

So here it is.

I’m one of *those* people who has put a French flag over my (many years-old) profile picture. It was done in a moment of profound sadness, by someone who didn’t really know what else to do and didn’t want to make any pronouncements, because sometimes words just aren’t enough.

Then came wave after wave of people INDIGNANT about this show of solidarity. It came from the Facebook feed, from the New York Times, even from NPR as I was driving home.

I get it. People are dying EVERY DAY, EVERYWHERE.

But I also get that human psychology is a complex thing. Yes, we do relate to things that are closer to us. If someone close to ME dies, I feel it more than if someone close to YOU dies. It’s basic human nature.

But I get it. People are dying EVERY DAY, EVERYWHERE.

But I changed my profile pic anyway.

I’ve also huddled with my family in bomb shelters as bombs have rained down on our heads. Have you?

I’ve also had to flee, as a child, with my family from the only home we knew, in a time of war. Have you?

I’ve had to answer questions before getting on an airplane, asking why I speak Italian and English so well, as the airport officials eye my Tehran birthplace. Have you?

I marched against the war in Iraq. Did you?

I was jokingly called a terrorist in a group of people. We were all wearing black puffy jackets…it was winter in New York. Were you?

I have repeatedly posted about charities helping refugees in Syria. And donated. Have you?

I’ve busted my arse to volunteer a ton of hours so that my company will donate $1000 in my name to the UNHCR. What have you done?

And you know what? I ALSO changed my profile pic, because in a moment of empathy, I felt like doing it.

Taking offense by someone’s moment of empathy is not something empathetic people do. It’s what self-righteous assholes do.

So Facebook, let’s take a break. Because I don’t have time to feel guilty about putting up a French flag on my profile page.

So I realized I haven’t put up a new post in about three months. There’s really no good excuse for this, other than the fact that I had a baby two months ago. Baby S arrived in the world a couple of days late, with a head full of what promises to be very curly hair. So far, she’s been a champ eater, sleeper, and pooper…what else could you possibly ask for?

In the past couple of months, I have become quite prolific on Twitter, probably because my thought process doesn’t go beyond 140 characters these days.

It was first on Twitter that I started writing some observations about being a parent of two children.

I want to compile them here in one easy list that will surely grow as the years go by. I’m sure these thoughts and observations are in no way, shape, or form original or earth shattering. But they’re mine and this is my blog, so I get to write them.

1. After having a second child, I realized that we had no idea what we were doing the first time around. From the 20 wipe diaper change to every freak out concerning a rash… Goodness we were completely clueless.

2. There really is such a thing as forgetting to eat. I always thought it was a dainty person’s way of saying that they were dieting. Alas, no.

3. I’ve already been disabused of the notion that second children are a lot mellower than first children. But I still can’t help feeling that it is true in some way. Things that S does that P just did not do very well: eat, sleep, be chill.

4. Before having a second child, I was somewhat worried that the amount of love that I would feel would be somehow less than for a firstborn. Man, was I wrong.

5. Once human cloning is an actual option, mothers of multiple children will be first in line for that technology. All of a sudden I am needed everywhere at once. I foresee this being the case for the next 18 years.

6. My oh my how do people handle more than two kids in a household?

Anyway, so far these are the only observations I can think of. If you have any nuggets of wisdom, please feel free to share in the comments section.

I was rummaging through some old stuff, looking for a birthday card, when I found this paragraph below. It was written sometime when I was in fourth grade. This essay wasn’t dated, but the one right before it (on how to make an ice cream sundae) was dated February 2, 1987. That means I wrote the “essay” about six months after we moved to the U.S.

Honestly, it broke my heart a little. And I can’t imagine what my teacher must have thought when she read it. That’s all…no deeper thoughts for now.

So this is what happens when a three year old takes over your iPhone. About a hundred pictures in a span of 15 minutes, some of which look like a crime scene involving a knockoff Barbie. 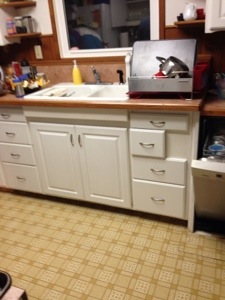 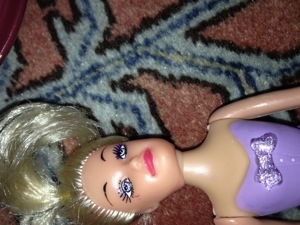 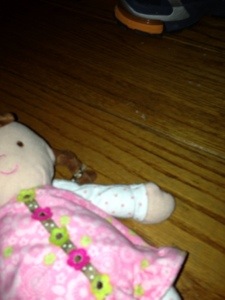 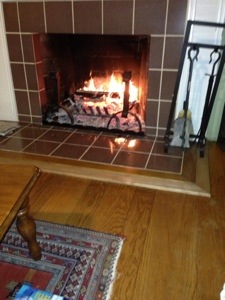 A’s best friend, Ettore, became the proud papa’ of a girl today. Aida was born in Venice, Italy, and although I don’t have any information other than a text announcing her entrance into the world, I’m sure she is a breathtaking little free spirit. How else would you describe the offspring of a freelance photographer and a belly dancer?

Now, about A and Ettore. They’ve been best friends since they were born exactly four months apart in the same hospital. Ettore was born on April 20, 1974, and A came along on August 20 of the same year.

Their connection is almost cosmic. In kindergarten, if one went to school and saw the other one was home sick, he would run back home. It was no use being in school if your other half was at home.

In fifth grade, their teacher called a parent-teacher conference, saying the two boys’ connection was “unnatural” and that they should be separated. (Way to go, small-town Italy, for marking two little BFFs as potential gays.) A’s mom told the teacher that there was no way those two boys would be separated. Go mama.

Ettore was the reason A and I met fifteen years ago. I was living in the same apartment with Ettore in Venice, when A and five other friends from their hometown came to visit for Carnival. A and I met, and the rest is, well, us.

They do crazy things for one another. During one visit to Italy, we barely got to see Ettore and his wife, Camilla. Leaving to come back to California, we had a crazy early morning flight, and had just gone through security at around 5am when A heard Ettore calling him from behind the security line. He’d gotten up at the crack of dawn to come have a last coffee with us and say goodbye.

When we moved to the U.S., I think leaving Ettore was more difficult for A than anything else.

So the news that Ettore had joined the joyful tribe of fathers left A a little giddy today. At dinner, he said, “Just watch. Our little one will be born on April 28.”

Without thinking, I said, “If she’s born on April 28, we’ll move back to Italy. Because at that point, you and Ettore really are meant to be together.”

Honestly, if it happens, it means their connection is truly cosmic.

Here’s to you, Aida. Let’s see if your little American counterpart is exactly two months behind.